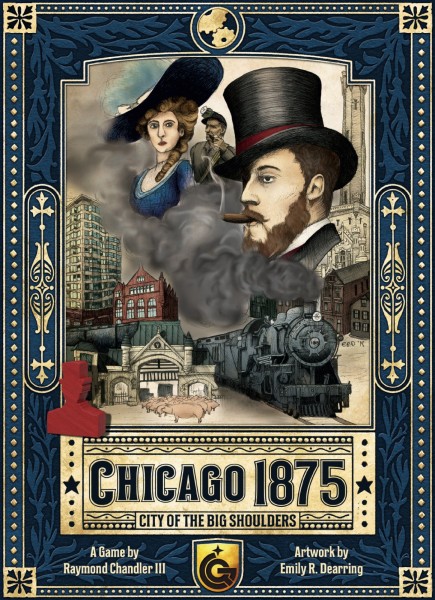 Please inform me as soon as the product is available again.
€70.00 *

Description
Description
After the great Chicago Fire of 1871, the brave men and women of Chicago sought to rebuild their... more
Close menu

After the great Chicago Fire of 1871, the brave men and women of Chicago sought to rebuild their once-great city, and rebuild it they did. Over the next 60 years Chicago experienced an economic golden age, making such great progress that it hosted The World’s Columbian Exposition in 1893, followed not long after by a celebration of its Century of Progress at The World’s Fair in 1933. Many of the well-known American household brands had their start in Chicago during this time period; Oscar Mayer, Kraft, Quaker Oats, Nabisco, Swift & Co, Armour & Co, Schwinn Bicycles, Charles Schwab, and many others.

In Chicago 1875: City of the Big Shoulders you will take on the role of an investor and entrepreneur. You will start companies, trade in shares, hire employees, equip factories, produce goods and sell them to be delivered to homes across the midwest. The goal is get as rich as you can, as fast as you can and cement your legacy as Chicago´s greatest resident.