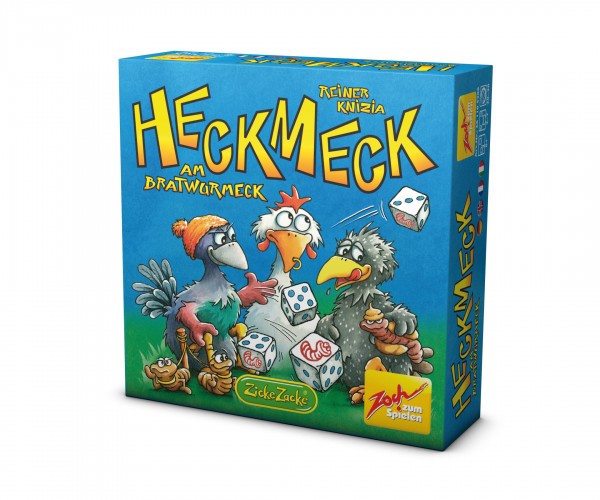 *1
*1 Offer valid until 31/03/2020
Description
Description
Heckmeck am Bratwurmeck is a turbulent dice game for real gamblers. On the grill in the centre... more
Close menu

Heckmeck am Bratwurmeck is a turbulent dice game for real gamblers. On the grill in the centre of the table are 16 roast worm portions of different values. After rolling the eight dice the player picks the symbol/number that he has rolled the most and puts aside all the dice that show this symbol before throwing the remaining dice again. Once a player has enough points for one of the roast worm portions, he may take it. But you can also take roast worm from the other players plates... Heckmeck am Bratwurmeck is a refreshingly light dice game for clever hens who know what they like in a roast worm. for 2 to 7 Players, Ages 8 and up