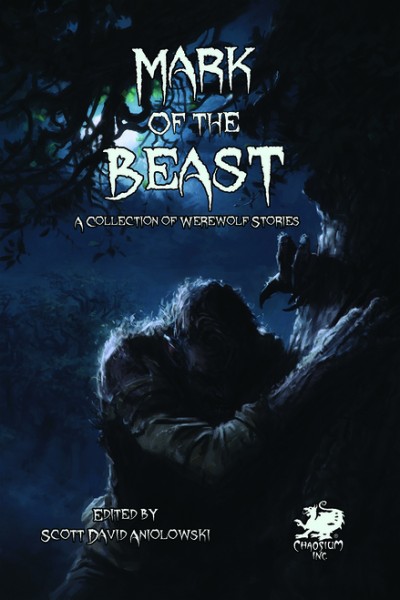 *1
*1 Offer valid until 07/03/2021
Description
Description
Herein are gathered a number of tales portraying the glorious and bestial nature of the... more
Close menu

Herein are gathered a number of tales portraying the glorious and bestial nature of the werewolf. There are horror, sci-fi, Gothic, cyber, fairy tale and fantasy stories and poems that embrace the essence of the beast, told by an assortment of scribes with diverse styles and voices.
Every civilization has some story or legend of creatures half man and half beast. Indigenous native peoples around the world held beliefs about shamans and witch doctors who could transform themselves into animals. The ancient Egyptians worshiped a whole pantheon of animal-headed gods. The superstitious folk of medieval Europe believed that a witch or a gypsy could curse a man to become a werewolf by night. Pacific islanders told tales of men changing into sharks. Certain African peoples feared leopard men.
Coming from all over the world and from every culture, werebeast legends naturally vary. Among the ways said to become a werewolf include being bitten by a werewolf, being bitten by a normal wolf, a potion or curse from a gypsy or a witch, a family curse, a genetic disorder, drinking rainwater from the paw print of a wolf, wearing an enchanted pelt made from wolfskin, through a pact with Satan or a demon, through the act of cannibalism, etc. Some werewolves have no memory or control over their change while others do. Some change only by the light of a full moon while others can change at any time. Some werewolves look like normal wolves, some look like giant wolves, and still others are mutant man-beasts. Some are solitary and some live and hunt in packs or clans.
Now the Full Harvest Moon is rising and the soft wail of the autumnal wind begins…